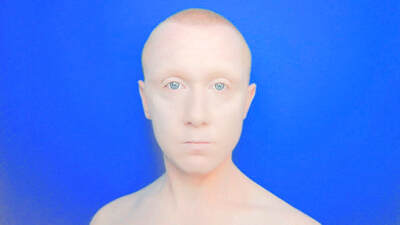 In closing my eyes, I withdrew inwards to an internal space. In considering ontology in an existential phenomenological capacity, Bachelard offers: Being does not see itself. Perhaps it listens to itself. (Bachelard 1969, p. 188). In my ontological daydream, drawing with eyes closed, I was drawn towards the centre of the spiral Bachelard (1969) describes as the space within. The shape of this internal spiral is felt as the mark of beginning to draw a treble clef. As I drew, I was transported to a memory of being a child and making the sign of the treble clef on porridge with honey. The memory is one which smells warm and sweet, and takes place in the safety and comfort of my childhood kitchen, the space of expression supportively held by my mother.
www.tmc.edu/news/2019/06/in-the-lab-with-scientist-doris-taylor-and-ghost-hearts/ 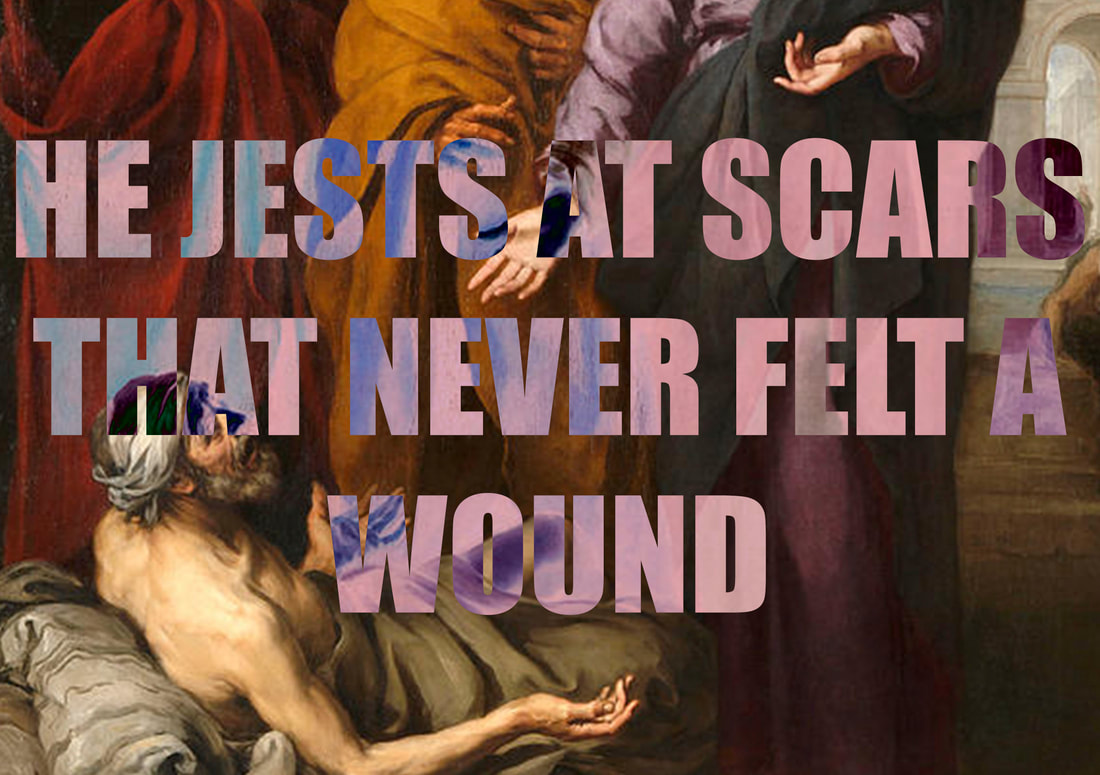 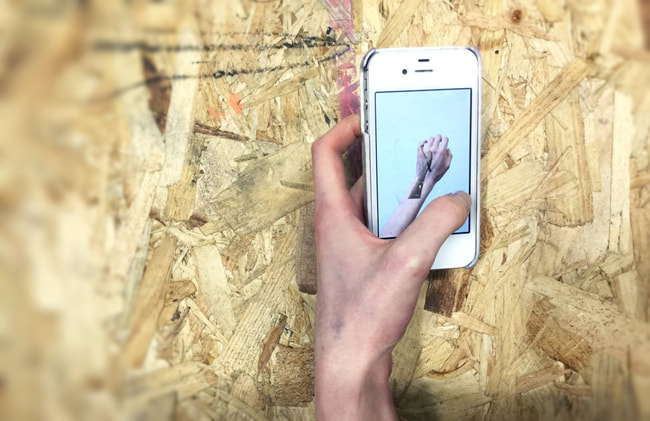 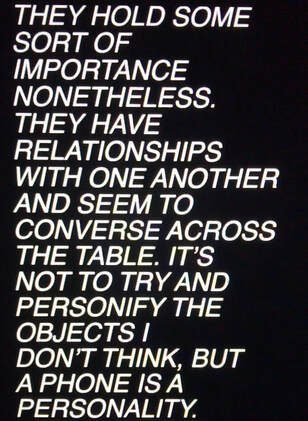 *Extracts taken from a longer text titled ‘What is magick? Some thoughts on Chaos’ (May, 2021)

Using the Arconorium College’s motto--Interroga Omnia (Question all things)—as a starting point, I thought I’d write an essay on the topic of ‘What is magick?’

Mysteries are captivating to the human mind. Finding out unlikely things about the universe can make us feel more in touch with the seemingly ineffable, or 'spiritual', aspect of our Being (Ipsa scientia potestas est), but it can also have the effect of making us realise how little we know. The vastness and complexity of reality is fertile ground for letting one's imagination run wild. This complexity is probably one reason why so many occultists are predisposed to believe in the supernatural—ghosts, demons, etc—and other pseudoscientific claims. Furthermore,, accepting astrology as being a credible means of predicting and interpreting the world seems to be de rigueur for magicians and new agers whose understanding of science is about two hundred years out of date.

It is worth noting that experts in biology, physics, chemistry, archaeology, etc. are openly despised by many in contemporary society. (A glance at an internet comments section, replete with with the Dunning-Kruger effect in full force, relating to just about any news story will confirm this.) University education is seen as being a waste of time; why bother studying something simply for the love of the knowledge it can bring? 'Universities are gatekeepers of lies and dangerous woke Marxist drivel' is a line I've seen expressed countless times by the reactionary right. Trump and his band of Republicans have made it clear that facts about the world don't exist, rather 'alternative facts’ should hold precedence. Climate change denial is also rampant online. Again, one need only to look at a comment section on Facebook or YouTube for proof of this. 'The climate has always changed so why should we bother to try and take steps to slow down the current rate of global warming?' is an oft repeated 'argument'. That, or a link will be provided to a usually somewhat obscure public figure with absolutely no formal academic qualifications who is a self-professed 'expert' in the field of science being denied legitimacy. It might seem tempting to dismiss such remarks as trolling or simply a few crazies on the fringe venting off, but I don't think they can be ignored quite so easily. To take one example from the recent past, the 2019 UK election result mirrored exactly the tone of responses posted by internet users to news coverage reacting to political events. Socialism—often referred to as Communism—is hated by many, media smears are accepted as truth, the irrational choice to vote for Brexit prevailed, any policy that is slightly nuanced is seen as being too complex and is ignored, people are generally put off by talk of fairness, instead leaning towards greed, and yet I still saw many on the left claim that Corbyn would 'easily win a landslide'. I have never seen political discourse so irreconcilably divided. This is the fractious backdrop against which the following observations take place.

The following thoughts are an initial attempt to clarify whether there is any more to magick than simply the vague allure of 'darkness', 'danger', 'the gothic', 'power' (perhaps associated most commonly black magick), and a general interest in obscure historical texts and the hope that they will lead to 'ancient wisdom'. Appealing to tradition is, for a variety of reasons, a fallacy I'd rather stay clear of. The crux of the question I would like to consider is this: is there more to magick beyond 1. its study within an academic historical context or 2. the associated psychological factors realised when engaging with spells, rites, and sigils by those who are just seeking some kind of entertainment (i.e. something akin to playing with a ouija board)? To put it another way, is there a provable connection between the mind and entities described by physics, in the sense that the former can, by way of spells, influence the latter (perhaps indirectly)? I am aware at this juncture that the discussion could lead down many well-trodden paths associated with philosophical problems of consciousness: how can a seemingly immaterial mind interact with the physical, how extensive is awareness in the cosmos (panpsychism has become a hot topic in recent years; a good discussion of one its most well-known proponents can be found here), etc. As much as I am interested in these problems, I would like to put them to one side so as not to take on too many speculative considerations. 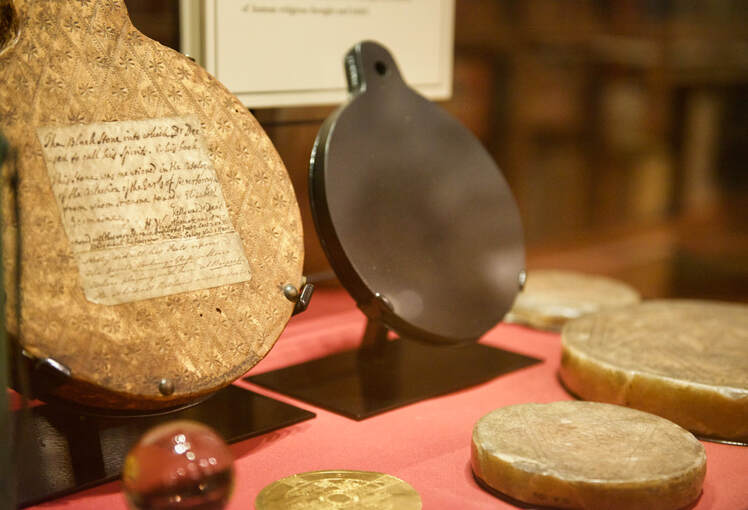 Objects thought to belong to the Elizabethan occultist John Dee. Collection of the British Museum, London
'Secrecy is a necessary adjunct to the performance of magick but its use should be carefully considered since ad hoc secrecy cheapens any subject to which it is applied.' (Ray Sherwin, Theatre of Magick, p. 12)

One key point, perhaps even a mantra, that I’ve seen repeated by modern day occultists is the idea that the fundamental consideration of the magician should be to bring about a change in conscious thought processes by way of imagination; this in turn resulting in influence upon the external world.

With a general idea of magick now in mind, I have put together a series of questions I would like to explore in more depth:

1. How do ideas surrounding magick relate to the reality that we experience; be it in an internal imaginative sense, or a concern for abstract external entities as described to us by physics? Is magick rational? Empirical? Should we treat magick as a technical term that actually tells us something about the laws that govern reality, or is it a folk expression that simply refers to everyday notions of acting in the world in much the same way that we use the term ‘meaning’ in ‘the meaning of life’?

2. What can magick actually do? What power, if any, does it have upon the world?

3. Does magick offer a coherent ontology?

4. Why do occult and new age thinkers try to latch onto science when, at least on the surface, proponents seem to be opposed to its supposed 'limits'?

5. Is the jargon (names of gods, demons, rituals, etc) associated with magick a major part of its appeal? And is this obscurity a mask for covering up its lack of success when it comes to actually altering the physical world?

I would welcome anyone who is a practicing magician or occultist and who thinks that their spells actually produce tangible results to comment below in order to discuss this further. I am particularly interested in hearing about cases in which reality has been altered due to magickal rituals or by purely mental phenomena. Even if you have no interest in magick specifically, I would invite you to share your thoughts concerning beliefs in supernatural entities and other alleged paranormal abilities such as psychokinesis and telepathy. Do you think these are real? If so, why?
the past year has
changed the way we purchase flowers [hypothesis]. Flowers have been sent in
large numbers via post when in-person meetings were not possible [fact].
While on one hand the removal of the in-person interaction might
take some of the intimacy away from the gesture of giving flowers,
we also discovered something else; the joy in both sending and
receiving them via mail [hope].

Sen t by someone who cares about you, but delivered by a stranger,
the emphasis is put on the actual object. The flowers thus
represent a connection between the sender and the recipient. This
contrasts to times when flowers are gifted in person, the main
protagonist being the person who is gifting them; the flowers become
secondary.
a shift away from
a performative action with a protagonist to a more sculptural,
object-oriented approach.
I use flowers and investigate them as
sculptural objects within my own home (not only my home tbh). I document a variety
of arrangements by means of photography, highlighting the contrast
between the beauty of the flowers and the everyday reality of our
home spaces.

posting [pun, sorry] has alt ered our experience of this intimate
gesture of gifting something as fleeting as a flower.

I can't find relevant writing about the use of flowers contemporary art. It's all about Dutch still lives and watercolour illustrations. Maybe I will – write about them.

Do you have a recommendations for me? 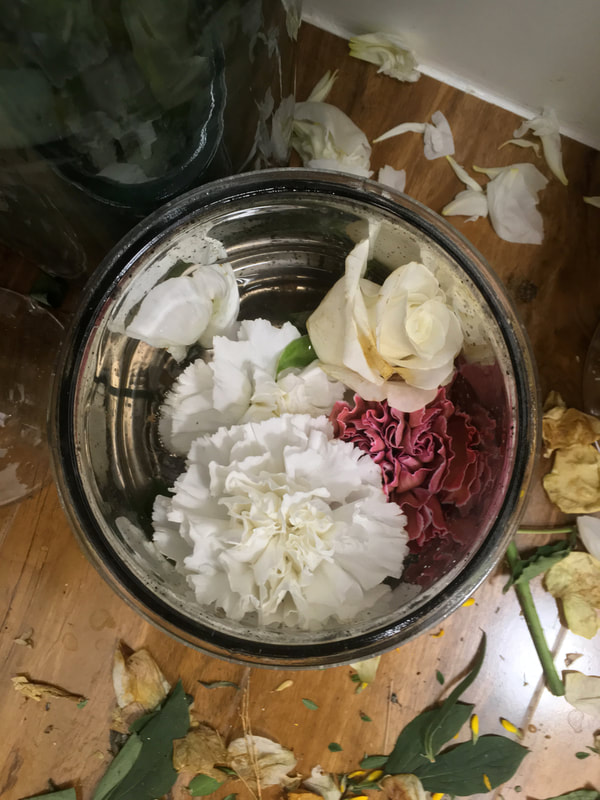 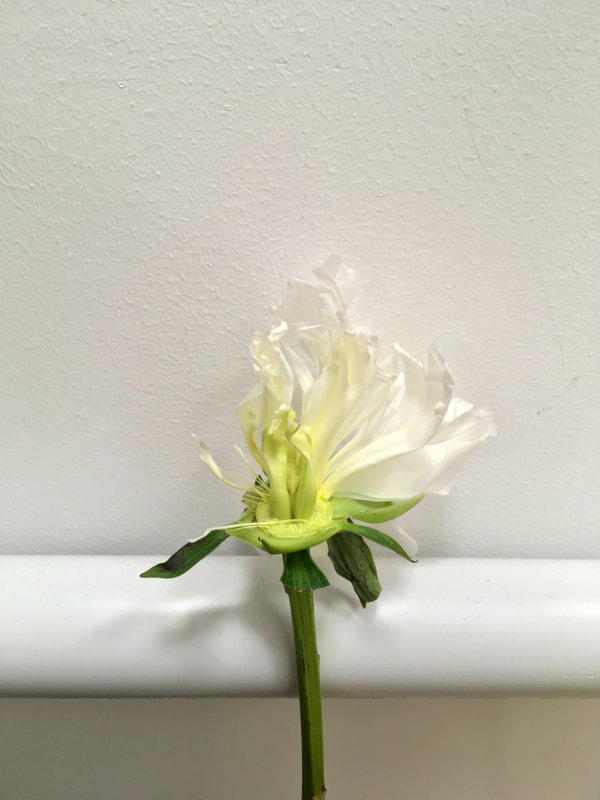 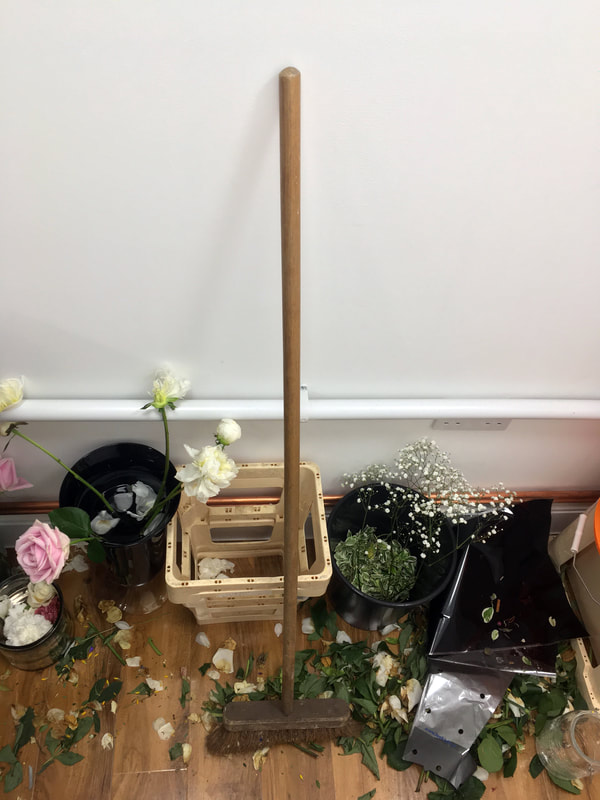 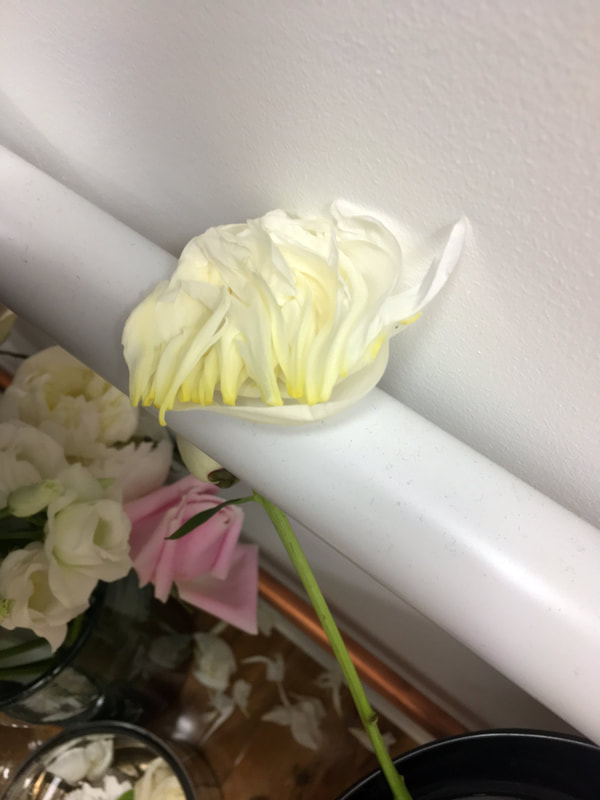 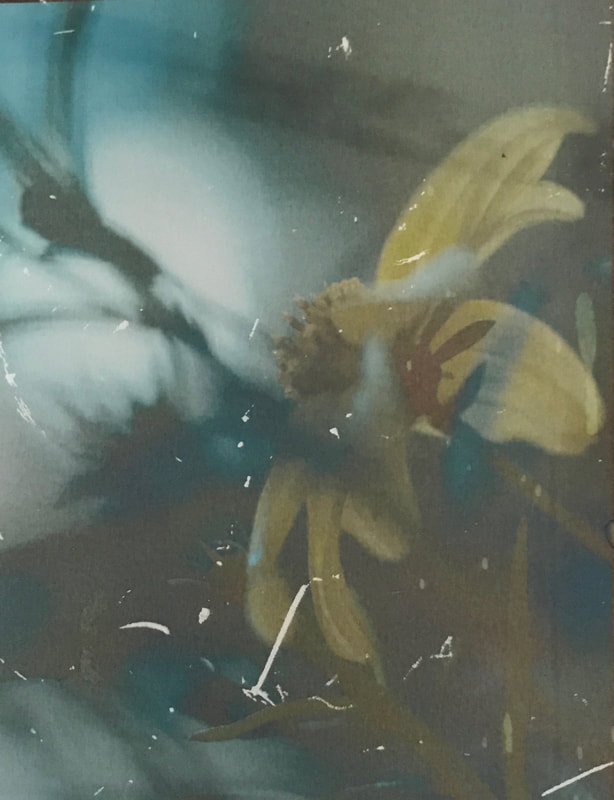 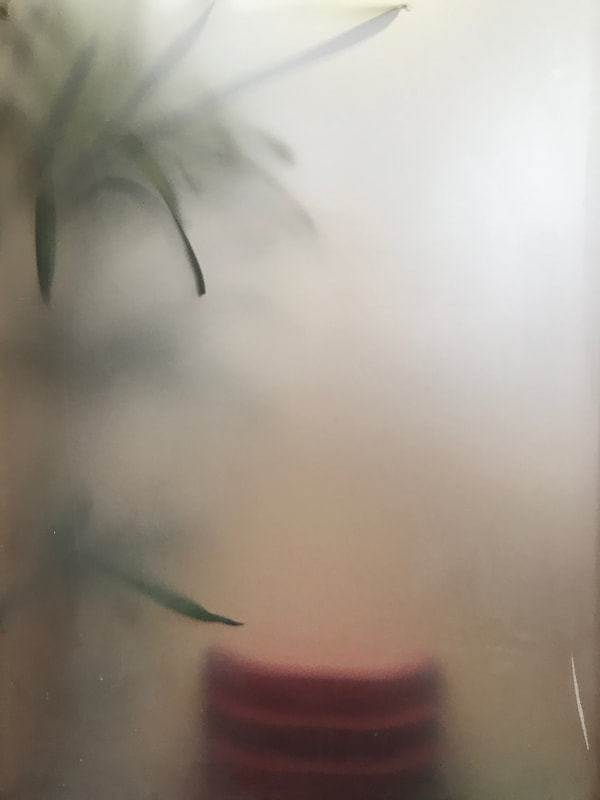 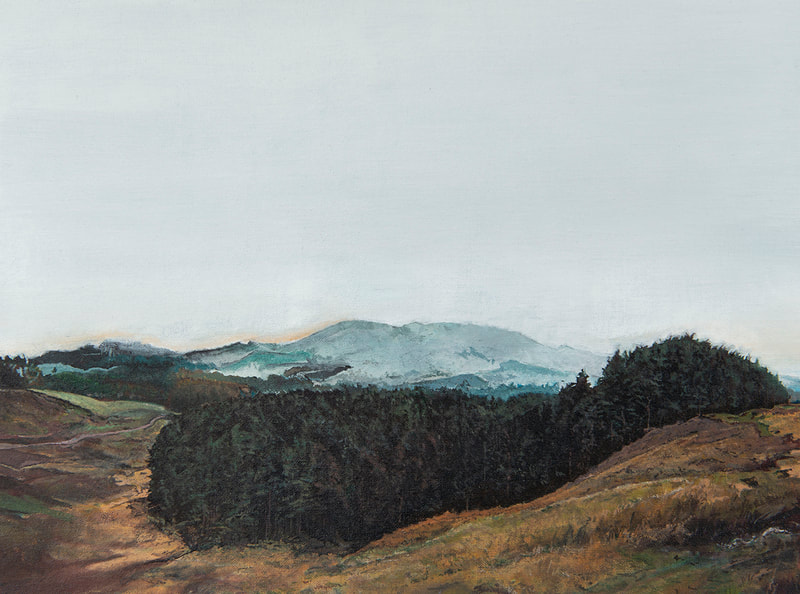 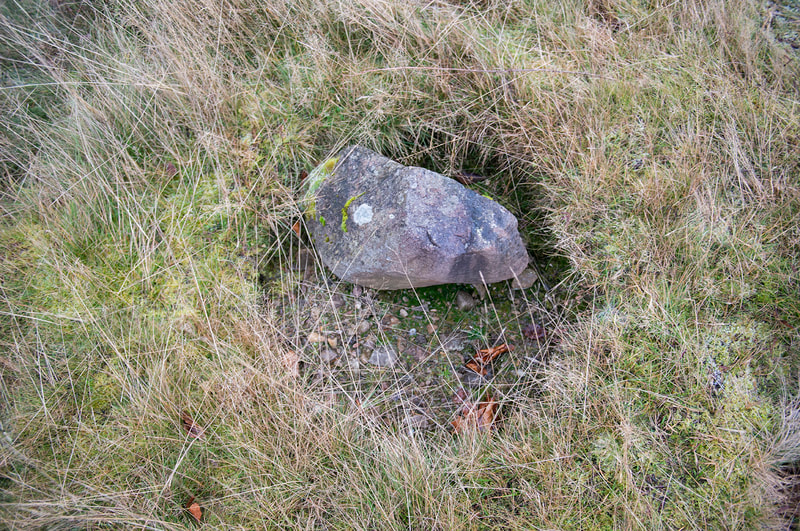 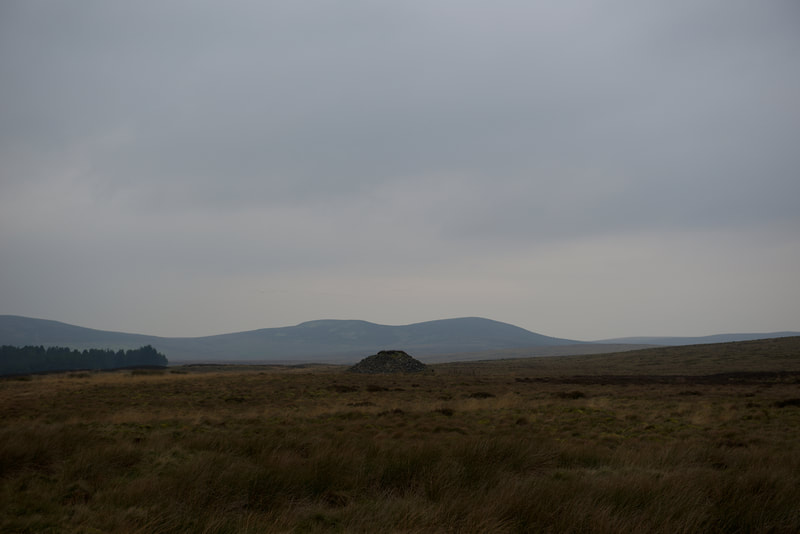 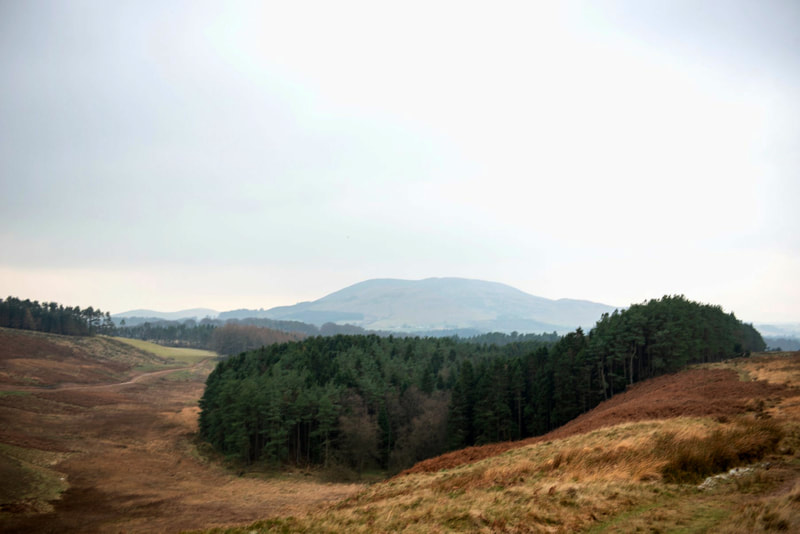 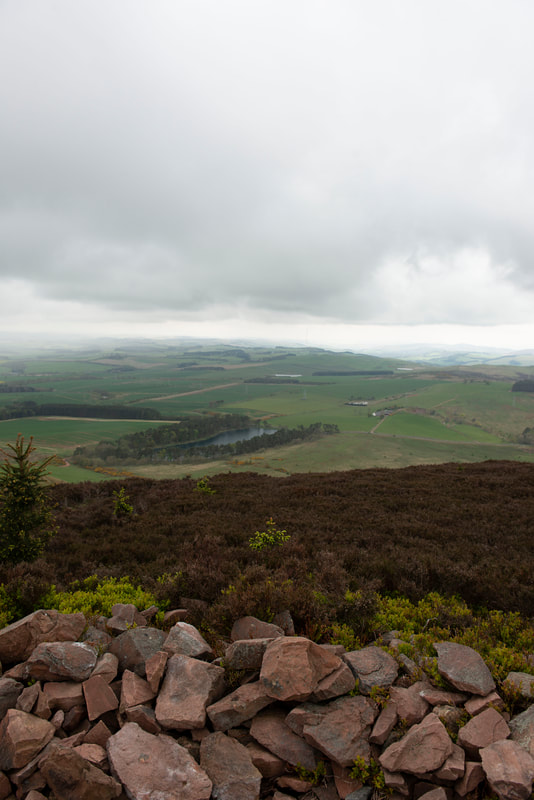 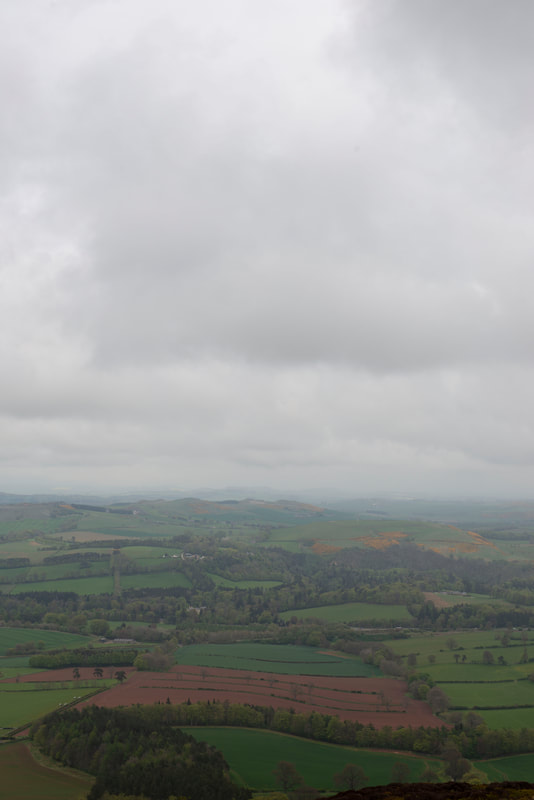 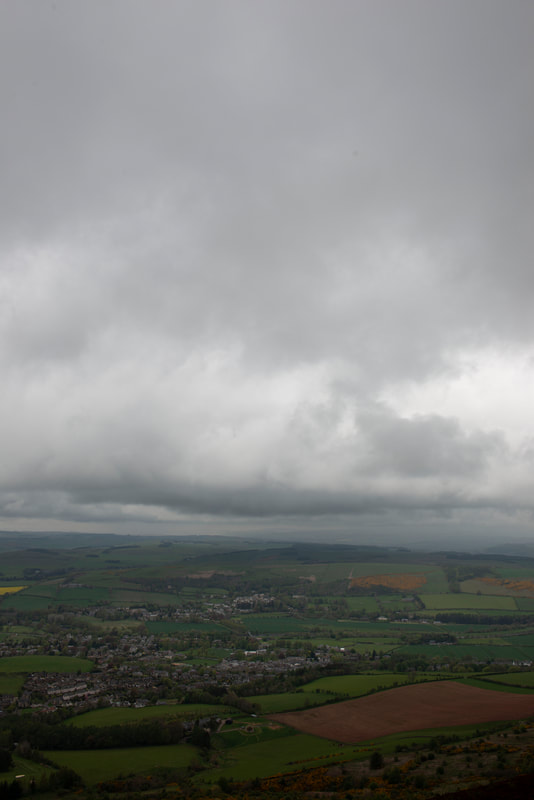 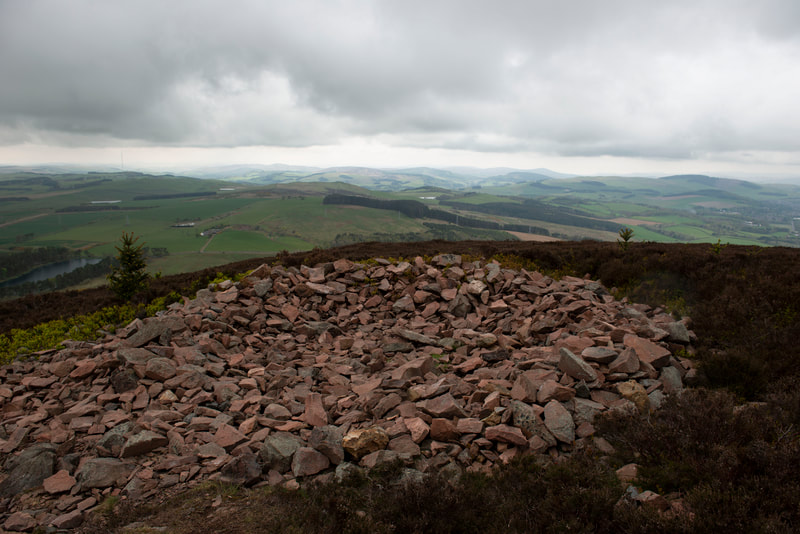 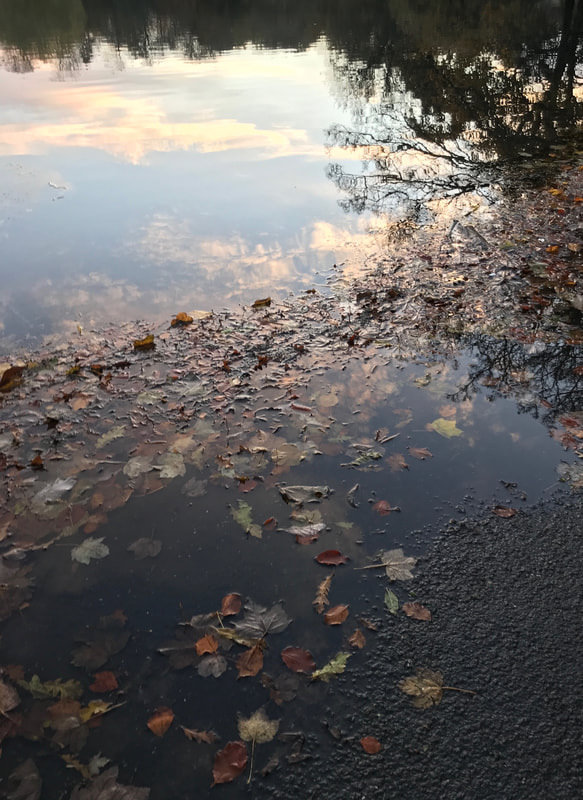 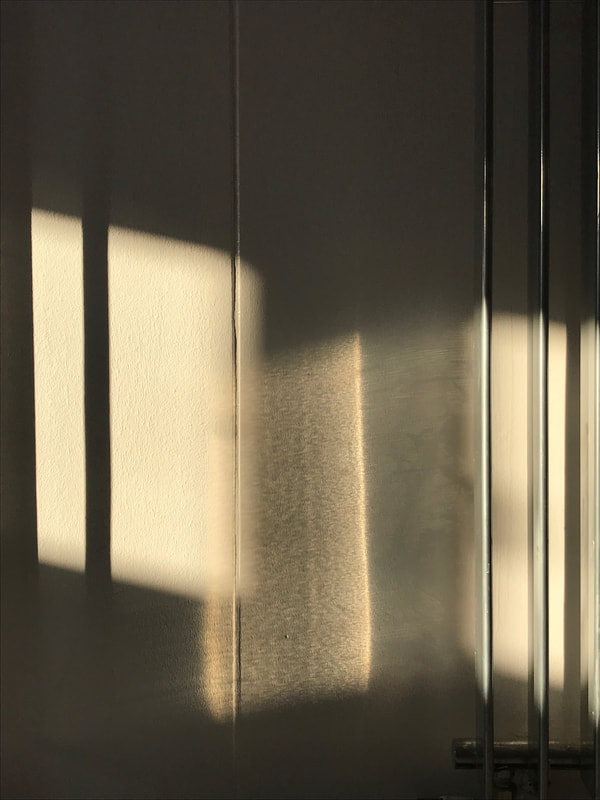 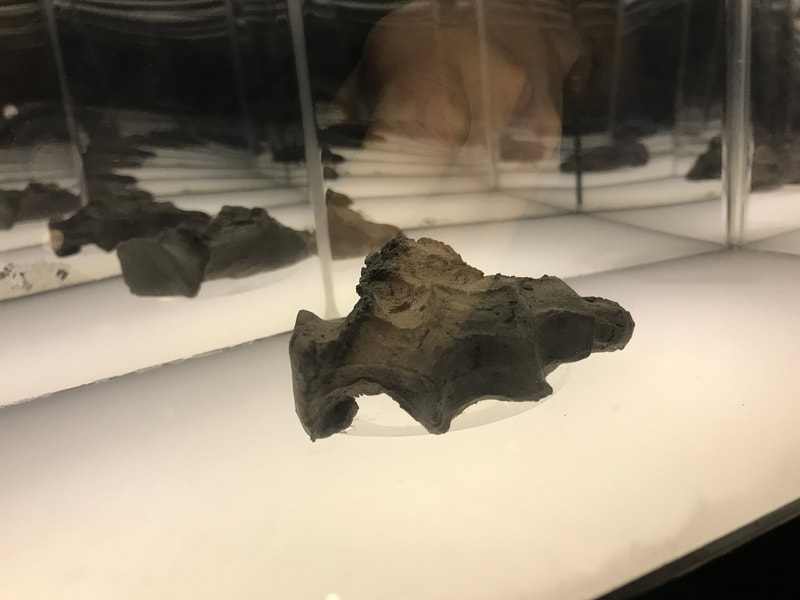 To consider echo, in her mythological context in the story of narcissus, is to think about the repetition of sound (Ovid 2004). This aural repetition, or feedback, can be a technological occurrence in online communications whereby a delay and pick-up of sound from one device’s output speaker and input mic repeats on the other, creating an oscillating feedback loop. In thinking about sound and pace in online working, the work of Trevarthen (2008) on rhythmic musicality in pre-verbal communication between mother and baby allows us to understand that communication is a learnt musicality of call and response phrasing. Yet, in working online the spontaneity of face-to-face communication as we understand it musically and rhythmically is interrupted through the mediation of technology. The slight lag often experienced in communicating through video call disrupts our embedded pre-verbal communicative rhythm thus creating an exchange which can be out of sync. 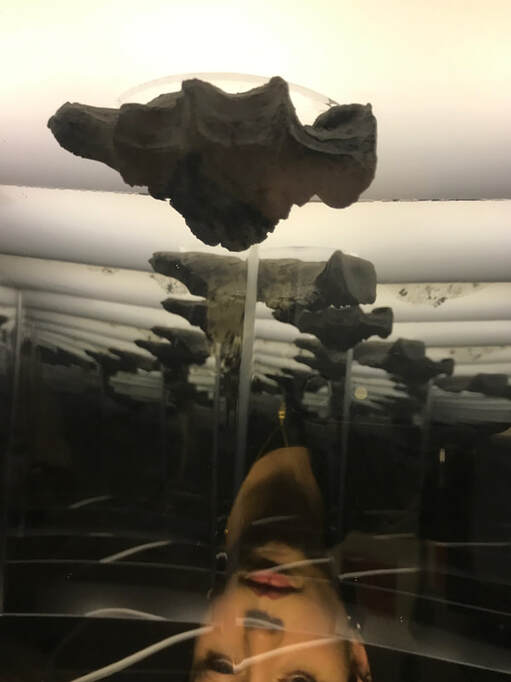 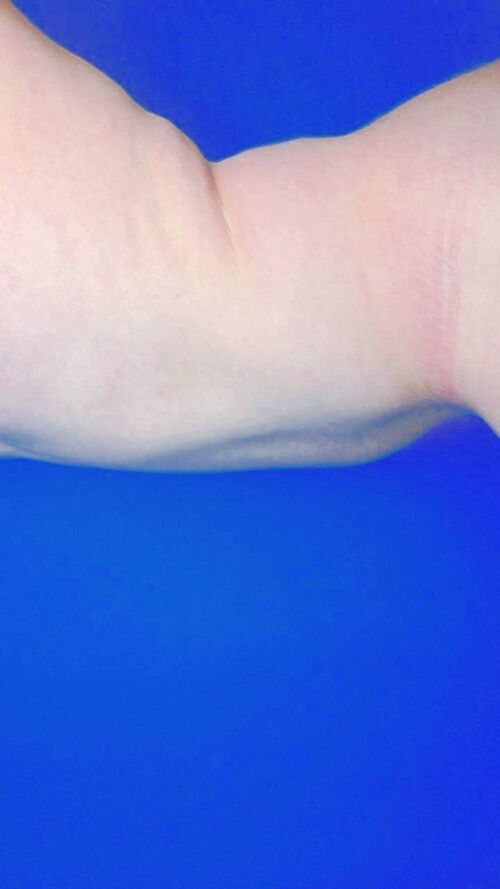 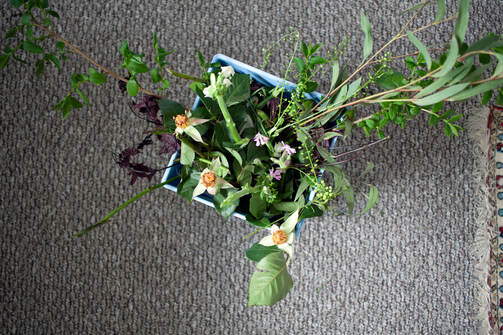 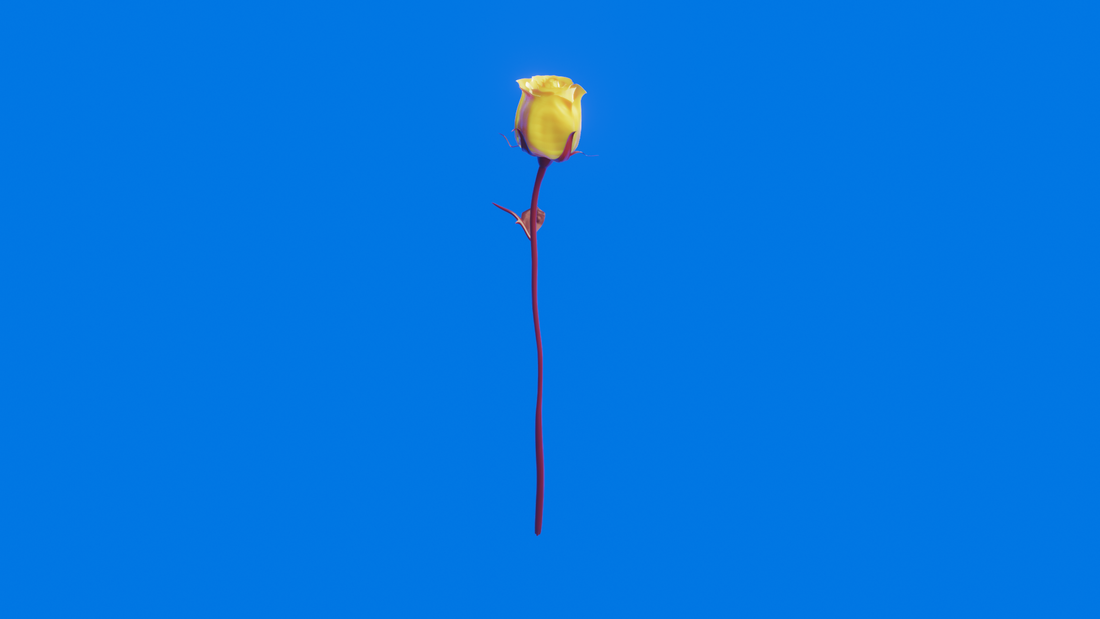